Because he receives on-the-job supports, Michael is able to hold down a job and live independently in his own apartment.

If you’re like most people on this island, you probably go to a grocery store at least a few times a month. If you’re going to Safeway in particular, you might see Michael tidying up the entryways and bringing carts back in so they’re ready for you to load up.

He works two hours a day, Monday thru Friday. His job coach, Amy Lasage, accompanies him around the parking lot and store. She helps remind him of what tasks to do next and refocuses his attention when needed. With this support, Michael is able to successfully navigate paid employment.

Michael was referred to the Community Connections Developmental Disabilities program about five years ago. He started off in what we call a “community-based assessment,” a sort of trial period with an employer. It was a chance for both Michael and his potential employer Safeway to see if it was a good fit. During this period, Community Connections covered his stipend and other employment-related expenses.

Michael started off bagging bread and stocking donuts in the bakery department. After a couple years Safeway hired him. Michael worked in the bakery for a while, but then decided he wanted to do something else.

“I just don’t like it anymore,” he said about working in the bakery. “They always offered me donuts and I didn’t want any. I’m on a diet, what’s it called, a keto diet.”

In light of this, the store developed a new position for him. His assignment is now to make the entranceways and parking lot cleaner and more presentable, a task he much prefers. He spends his two hours sweeping up trash, bringing in carts and vacuuming the entryways.

Michael has several friends at work, including one employee named Jose. The two get along well. Michael says one of his favorite parts of work is interacting with Jose.

Such friendships in the workplace are important not only for camaraderie, but also for the natural support they provide. If Michael needs help with a task, he can reach out to a friend instead of relying entirely on a job coach.

“He’s doing really great. We’re proud of that guy,” said Lance Haynes, Employment Services Manager at Community Connections. “Michael’s living on his own, he cooks his own food. The personal growth has been tremendous.”

Michael lives in an apartment with his cat Han Solo. 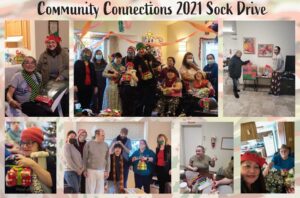 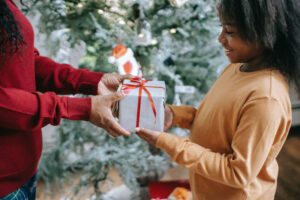